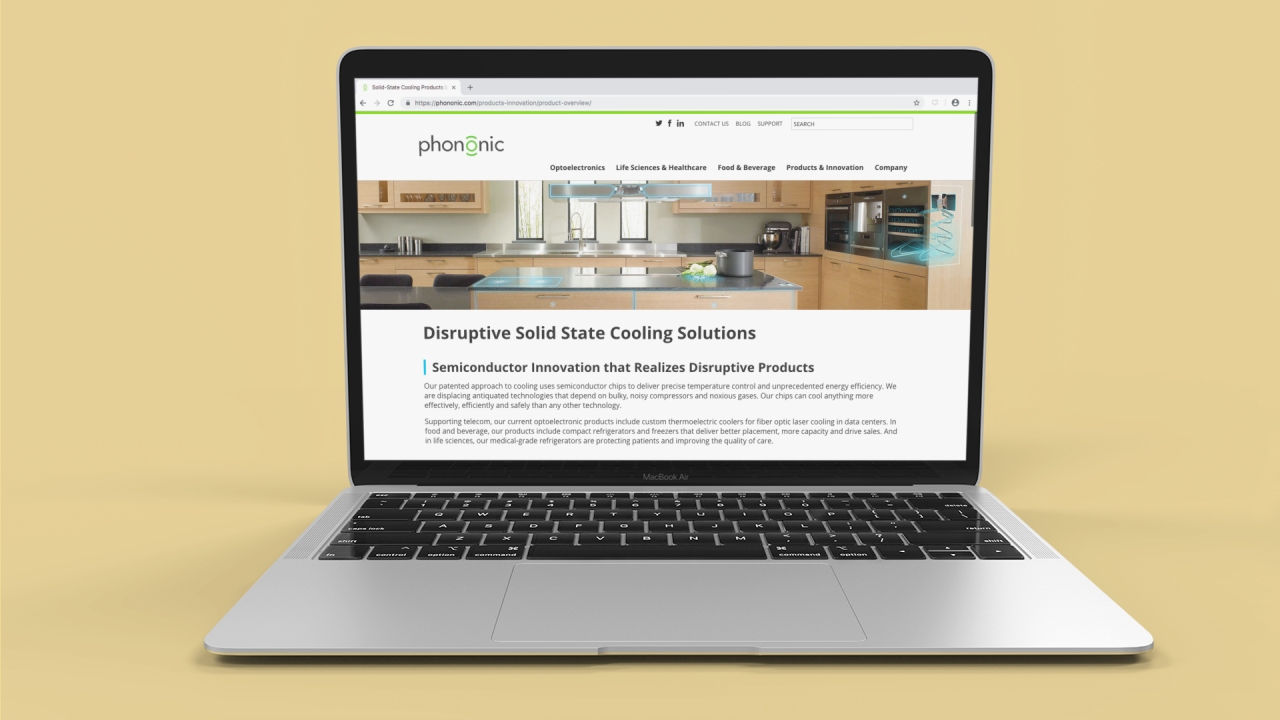 Phononic, a solid-state cooling solutions provider, sought out to attract a new, niche market with a fresh account-based strategy. The company ultimately turned to account-based advertising to drive engagement with the right stakeholders at target accounts.

Phononic’s goal was to generate demand and engagement in a niche market with a smaller-than-average customer base. Daniel Englebretson, Director of integrated Marketing at Phononic, noted there are roughly 100 companies in the world that would buy in this space.

“Thermo-electronics was where this campaign was focused,” said Englebretson in an interview with Demand Gen Report. “It is a very close-knit world, and they are very competitive — everyone knows everyone in this industry.”

To gain that new market share, Englebretson and his team needed a way to build credibility and brand presence. However, the company’s existing traditional marketing strategies were not driving engagement with the right personas within these target accounts.

“We understand the target roles and target accounts, and we’ve taken a concerted effort to have everything in a single place,” said Englebretson. “Marketing as a formal function is roughly a year old. Marketing activity was pretty scattered and we never had a structured approach.”

Phononic implemented Terminus’ account-based advertising solution to target key stakeholders within these target accounts. Terminus positioned the company to accurately target these accounts on their terms to ultimately increase their exposure.

With this new medium to get in front of the right people at target accounts, Englebretson and his team were then able to segment their content and messaging based on their known personas and specific verticals — guaranteeing that the right message was getting to the right stakeholders at the right part of their purchase decision.

After implementing this new account-based strategy at Phononic, $10 million in sales was attributed to the ABM campaigns over a four-month period. In addition, the company said that 100% of the deals won in the first half of 2018 were influenced by account-based advertising.

Some other results driven by Phononic’s ABM initiatives include:

Ultimately, Englebretson stated that this new strategy positioned his team to view their sales funnel from the eyes of their customers and the sales team. Understanding the buyer experience is crucial but knowing sales’ objectives at each stage allowed the marketing campaigns to position sales reps to meet their goals.

“Thinking of sales as your customer changes the experience a bit,” said Englebretson. “It’s important to think of sales’ personal objectives and integrate it into what we are doing. This changes the campaign process; we’re now including them heavily in the formulation of journeys, content, personas, metrics and more.”