One third of B2B marketers say their demand generation budgets will grow by more than 20% in 2013, lead quality is getting increased scrutiny and social media as a B2B marketing tactic is on the rise. Those are just some of the results shared in this preview of the 2013 Demand Gen Report Benchmark Survey.

Below is an exclusive first look at some of the key findings:

About one third (30.2%) expect their demand generation budgets to rise by up to 10% in 2013 and 16.3% said they would remain unchanged, also closely mirroring expectations for overall marketing budgets.

This is not surprising, as 86% noted that demand generation became a higher priority in 2012. An overwhelming majority reported that their demand generation budgets will either rise or remain the same, with only 2.3% reporting a decrease.

Marketing campaigns, and demand generation efforts in particular, are expected to make a significant contribution to total revenue growth. When asked what percentage of annual revenue is attributable to marketing-sourced leads, approximately one forth said 24% to 50% of revenue was fueled by marketing-driven prospects. Nearly one fifth (19.8%) reported that marketing leads were responsible for 11% to 25% of revenue growth.

Marketing is also increasingly measured by its contributions to the sales pipeline and revenue. More than one third (33.7%) of respondents said their marketing organizationshave lead-based and revenue-based quotas in place, and another 15.1% plan to establish quotas in 2013.

While lead volume is still important to marketers who need to keep the sales team stocked with prospects, and those prospects must be hot. The survey revealed that nearly half (46.5%) of marketers surveyed ranked focusing on lead quality over lead quantity as a top priority in 2013.

Data accuracy was also high on the list of priorities, as more marketing organizations emphasize data integrity and properly crediting leads to marketing or sales. More than one third (33.7%) rated this a four out of five in terms of importance, while 20.9% rated it a five and 31.4% rated it a three, so database maintenance is clearly coming to the forefront as an issue.

Standard lead generation tools such as white papers, email and webinars saw small increases in their predicted importance for 2013, while live events and telemarketing saw declines.

Most marketers are using the wide variety of demand generation and lead tracking tools at their disposal. Web analytics ranked high among the current technologies in use (82.6%), followed by custom landing pages (74.4%), automated lead nurturing (65.1%) and lead scoring (64%).

When asked about the technologies they plan to deploy in 2013,custom landing pages was at the top of the list, cited by 66% of respondents. Campaign management and web analytics were both mentioned by 61.6% of respondents.

More than half of all respondents (57%) said that they would install social media tracking/monitoring tools in 2013 as social media outlets become more important to B2B marketing efforts.

Lead scoring tools were on 55.8% of respondents’ planned deployment lists, followed by automated lead nurturing at 52.3%.

Complete the form below to receive the report when published: 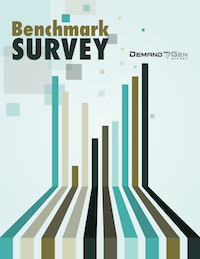